The Curse of Cheating and the National Cancer

Way back during my high school years, our school conducts an oral test for teachers (I don't know what exactly the purpose) but I believe it intends to measure the competencies, abilities, proficiencies and teaching strategies of teachers in their respective fields of discipline. 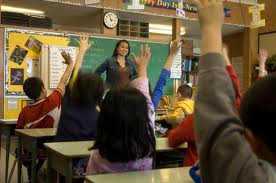 That test involved the conduct of actual lecture by a teacher (just like normal lectures in the classroom) in front of a class but with a group of judges (panel) at the backside. While the teacher is lecturing, the judges at the back are simply observing and from time to time jotting (I think some remarks) on a piece of paper that looks like a scorecard. That will be their grade sheet perhaps and a measure how profecient they are at the same time how effective their interactions with the students are. I don't know the reward either once they have got a satisfactory rating.

Of course all of the teachers wanted to have a high score and it was very evident because each one of them have a cooked scheme prior to the date of their scheduled examinations. As far as I can remember, one of them (a science teacher) would make an agreement with us that every time she asks a question, all of us should raise our hands. She will then assign a specific topic to the honor students of the group to study it carefully because during the oral exam,that student will be tasked to answer the question specific only to the topic assigned to him/her. In other words, even though all of us raise our hands every time our teacher asks a question, she already knew who she is going to mention and that exactly what happened. In the day of examination, the class was visually lively and interactive. Indeed, it impressed the panel at the back seat but they didn't know that it was a mere product of a cooked cheating.

Another case was, during my elementary days, the education department would conduct an annual National Elementary Achievement Test (NEAT) in public schools. This method is also to test the competency of teachers by determining the learning proficiency of public school pupils under them. 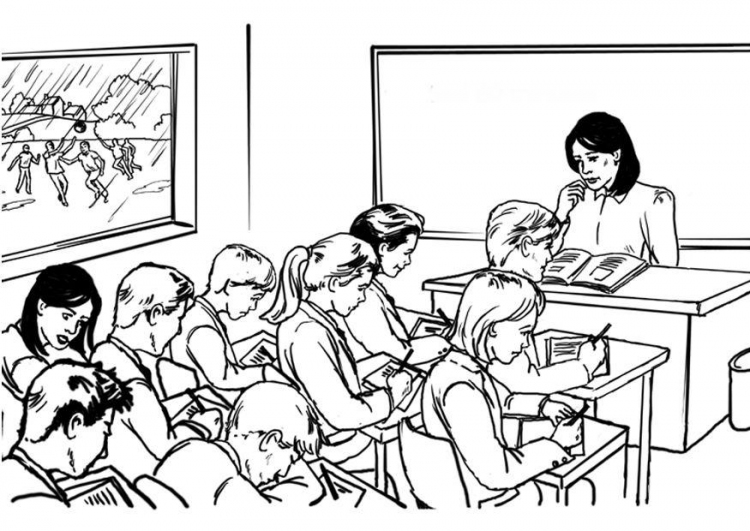 This time, the NEAT involved the conduct of examinations which determined the average score of the pupils in a specific school and this was compared to the scores from other schools within the district. The best achievers, both schools and teachers, were given awards and commendations.

So, the school head through their teachers, who wanted to win awards for themselves and their schools, encouraged the young pupils to cheat or even arranged a cheating scheme to make sure that the below average pupils in the class would have better grades in the examination so as not to pull down the rest of the class with them.

I can still remember how the bright pupils were made to sit among the below average pupils so that answers to difficult questions could be shared with them easily. I am lucky enough to sit next to our future valedictorian that time (lol). I managed to get from her several difficult question answers that made my test paper looks like a contender at the same time I was able to relay those answers to my classmates behind me and so on (lol). The exam is good only for one day and we will wait for a couple of weeks more before we know our scores.

When the scores were released, the principal announced that our school performance was poor. The highest scorer was our future valedictorian with an 84% rating and the lowest score was 72%. If I can remember it correctly, our school got an average of 76% way behind the top performer, which is the central school. I expected that I got a good grade because the one feeding me difficult answers got the highest grade. Wow, it was amazing because I got a nauseating failure grade of 74% (lol). Why? It was because our future valedictorian also cheated us. She did not feed us the correct answers (lol). She thought that it was an individual competency test and not a school competency evaluation and therefore she saved her and starved almost all of us who rely mostly on her answers.

It was pretty interesting to be with it as a child but it also gave us lessons along the way. At a very raw age, we as a students were taught that act of cheating.It was fun in those days but looking back to it now, I realized and understand why cheating, lying and corruption have been ingrained in the Filipino culture and corroded our values as a people.

I ponder how can we be able to solve corruption  when teachers themselves encourage their young wards to cheat. When at the very young age we learned things like this, there is no wonder to me that we have a country of dishonest and corrupt people. There in some points that Filipinos were so proud of their honor and trustworthiness but has degenerated through time when most of the people learned to accept bribery and corruption as a part of life. 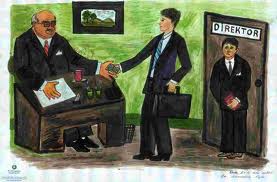 In today's Philippine landscape, we have these controversial issues rising like a mushrooms sprouted in a rice straw bed. These are what I call the national cancer. From Hello Garci scandal to the fertilizer scams, to 2004 election fraud up to the multi million coffee of PAGCOR, to the controversial helicopter purchases up to the AFP tens of millions "Pasalubong", to politicians who openly flaunt their unexplained wealth, to church leaders who publicly declare that they will receive contributions even from Satan himself and many others. As the saying goes, "there will be no smoke when there is no fire". Although all of these allegations have yet to be confirmed, it has become undeniable that the cancer has spread into the very soul of the Filipino nation.

The insensitivity to this cancer has paralyzed the nation to the point that nobody would dare stand up and denounce it because the money and the powerful will always prevail in the end. Past issues like the Jose Pidal case,the NBN ZTE deal controversy and the AFP "Pasalubong" scandal to say the least could describe it the most.

Thanks to the effort of today's administration in its seriousness and focus in eradicating corruption and cleansing the government of crooks. I feel relieved when President Aquino said in his second SONA (State of the nation address): I will straighten our crooked ways. Have trust in me. 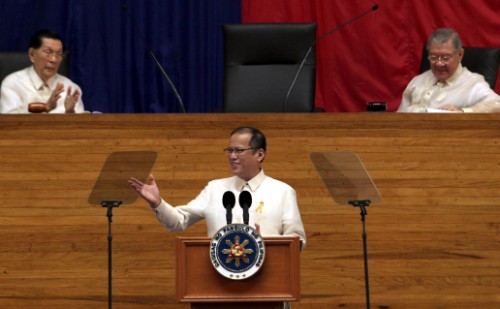 With that said, I am hoping that corruption and dishonesty in governance, even in our daily lives must be confronted head on as soon as possible or else Filipinos of next generations will continue to suffer the complications of national cancer and will forever live in darkness under the curse of cheating.