12 ON THE MERIDIAN (The Reason Why Karding Fell for Luisa)

Posted with a permission from Ms Lalaine M. Selerio

(I made it to the freedom board coz of this story! Haha) 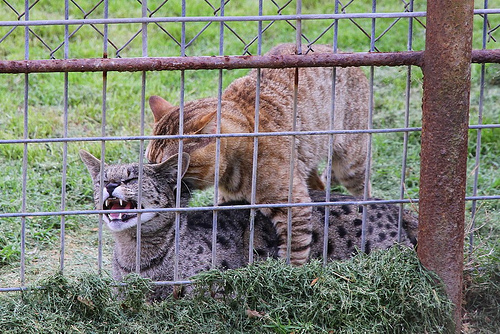 11 - That's not the time moron. That's the number of mosquitoes who would not see their tomorrow. Whew! I'm such a killer. It's the middle of April and I have nothing to do. It is almost 12 on the meridian (there's no such thing as 12pm or 12am that is, if you know what pm and am mean) and I've stopped studying. Nope, I have no summer classes. I just need to review. I lost my IQ remember? I decided to forward a text message to my friends. Grr, only one replied. The next option is to sleep but I can't. I drank coffee earlier and my eyes just won't shut. My system has just been addicted to coffee.

I decided to go out and sat at the terrace. I looked at the sky. Wow! No stars tonight! My plans of counting the stars had just been eliminated. But it was full moon. I looked at it. No creature on the broomstick flying past it. The cold wind made me shiver. I sat there surveying the surrounding. It seems like forever when you do not know what to do.

I heard a noise coming from the waiting shed just outside our remote-controlled bamboo fence (Joke! Haha). I saw Luisa waiting and walking back and forth. She seemed excited. Then, out of the darkness (No, this is not a horror story), Karding appeared. Luisa jumped. Too excited to see Karding, eh? Then, they talked. About what? How will I know? I was too far to hear what mushy things they were talking about. They soon left. Luisa was tailing Karding, pretending as if nothing's happening. Duh?! As if I haven't caught them.

And because of the cloud that covered the moon, they disappeared in the darkness. Where did they go? I waited.. and waited. Ah, there they are!

Just as soon as the cloud cleared the moon, I saw them again. They were already on top of the roof of the abandoned house next door. They were seated side by side, watching the full moon. So romantic. I felt like I was watching a scene from an old-time movie.

I was pissed off! Or maybe I was just jealous (I refuse to admit that. I have my own share of romance too. In my dreams, that is). Whatever it is, I don't care.

I went outside, picked a stone and threw it at them. There! I hit Luisa. They were both startled. They jumped. Luisa fell. She broke a leg when Karding fell on top of her back. Stupid cats! All they did was to mate. They can't even catch a single rat at home. Grr!

I went inside. I checked my phone. Tsk. Nothing. No "gudnyt, switdrims, sliptyt.. mwahmwahmwah"  tonight. Damn! I need a boyfriend. LSZ