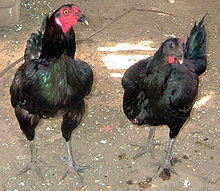 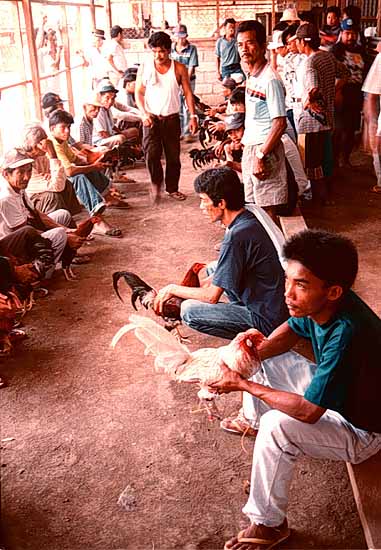 A cockfight is a contest, held in a cockpit between two fighting cocks (roosters) trained to severely injure and/or kill one another. Usually wagers are made on the outcome of the match, the surviving bird being declared the winner. Roosters intended to participate in cockfights are often specially bred and trained with this in mind. It is considered a traditional sporting event by some, and a barbarous case of animal cruelty by others. 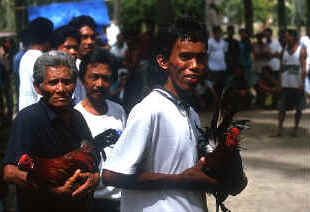 The concept of cockfighting has been generalized to fighting amongst other animals. For instance, some people train dogs to fight. 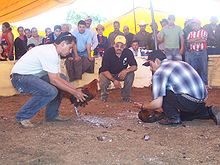 This is the most common activity in TIBIAO town especially during fiestas and festivals. It is somewhat a form of gambling usually because the owner of the cock and other gamblers bet their money and the winner takes the loser's money. In some cases, it is a form of entertainmetnt to some. 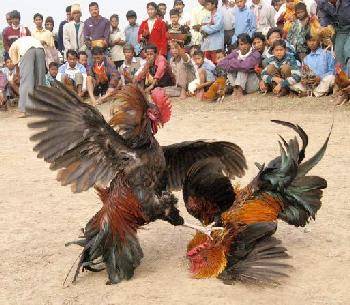