A popular bread from a popular local bakery is almost like a dream come true. And at a popular price ( too at just PhP11.50 each), there teren-teren from Tibiao Bakery are among the bakeshop's best sellers that I almost never got them (there were only half a dozen pieces left that time).

Teren-teren is among the more popular breads that even neighbourhood bakeries have their own version. It is so named because it resembles simply a ... train. Mini breads with sweet filling (milk, butter and sugar - I guess) are joined to make this train, err, bread more appealing to passengers, ooops buyers. Some varieties though have the fillings exposed thus letting one see what's inside before buying their ticket -

Paborita is among the simplest biscuit I have known, so simple that I often take it for granted. I chanced upon this pack of paborita at the grocery and even though I already had entries on this biscuit, it's simplicity enticed me. 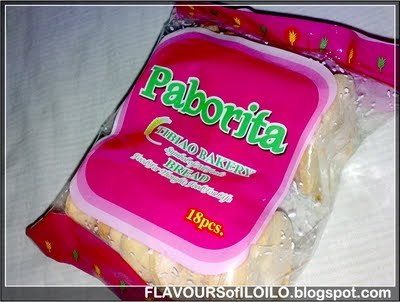 I often compare paborita to another simple biscuit, galletas for they almost have the same taste despite their shape. Galletas is plain flattened biscuit while paborita is sort of like compact but with layers inside. Both tastes good with fruit preserves, hot drinks or just on their own. In fact I finished this pack in no time at all! 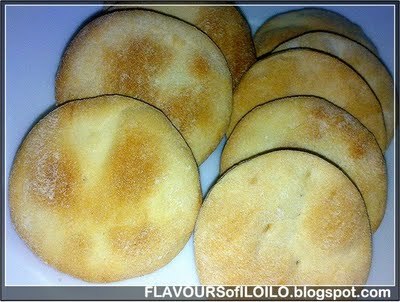 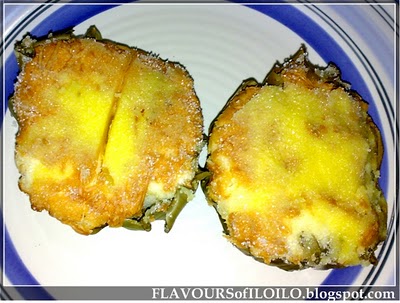 Dont expect a real bibingka since this one is made of mamon with macapuno filling topped with butter and sugar. Costs PhP18.50 a piece but it's worth it since it makes you really feel like a a royalty. 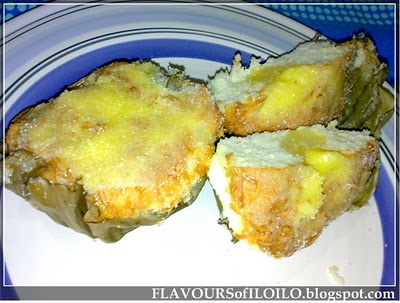